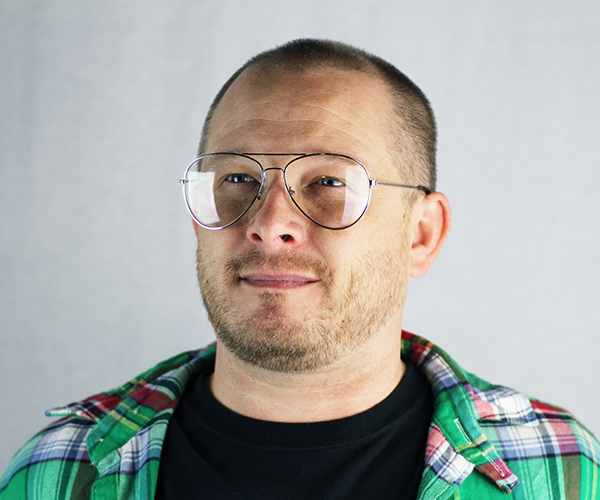 Carlton, or “Flutey” (a childhood nickname that stuck), grew up with video games and skateboards in the 1980’s. He was into punk music and going to live shows. He got a degree in photography and minored in computer science. While working his way through college he started shooting concert photography for regional magazines and blogs. This led to a brief stint of band management when a glam-rock band with an overzealous lead singer asked him to help promote his band, “Lame by Lame”. Unfortunately after months of hard work the band refused to pay him, stole his photos, and never called him again.

He eventually realized that a full-time job as a web developer would ease the stress of his entire life up to this point.

Fun Fact: He’s not as funny as his friend Colin.