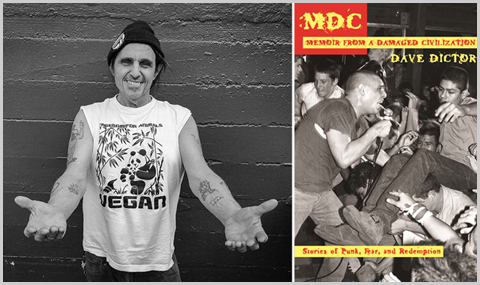 Dave Dictor frontman of Millions of Dead Cops (MDC) is a friend of mine and we have worked on several projects together including; album covers, gig art, and photoshoots. After his victorious win against cancer he decided it was time to write a memoir about his life as a punk rocker. Dave wanted the book published “as is” with zero edits to his writing. After some huge battles with the editors and publishers I was hired on to edit for clarity, design the cover, and arrange the page layouts. The final product was a punk rock memoir that holds true to Dave’s character and the DIY style of punk rock. Check out the MDC website here for links to music and tour dates.